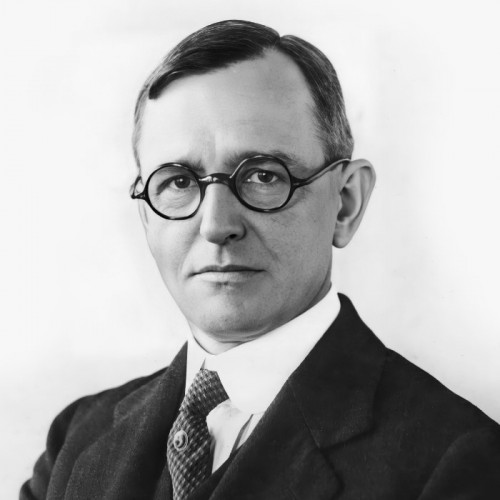 Paul Super was only supposed to spend eight months in Poland. In 1922, he came to Warsaw with his family to build a local branch of the Young Men’s Christian Association (YMCA). He stayed longer and became involved in the life of the Polish YMCA. Housing, schools, clubs, and summer camps were built on his initiative, and food was provided for children. This lasted until September 1939.

After the outbreak of war, Super left Poland, but he did not abandon Poles in need. He founded the American Committee to Aid Poles (AKPP) in Romania, which cooperated with the YMCA. He used the Committee to collect money for Polish refugees. He also supported Poles in Hungary. The AKPP also helped interned Polish soldiers, providing food, medicine, civilian clothes, and facilitating their escape. A secret recruitment point was opened at the Committee’s headquarters in Bucharest. Volunteers were sent to a junior camp in Timişu de Jos, established on Super’s initiative, whence they were later sent in secret to Polish units operating in France.

Super himself left for France in February 1940, where, under his leadership, YMCA cells supported the development and training of the Polish army. After the fall of France, he returned to the United States, where he became Director General of the YMCA for Poland. At that time, he extended the aid even further. The YMCA opened common rooms, canteens, organized shelter, and distributed warm clothing to refugees from Poland, civilians and soldiers dispersed in 18 countries across Asia, Africa and Europe. Super also published articles on the Polish war effort and the situation in occupied Poland. He was thanked for his work by politicians of the Polish government in exile, social activists and other refugees.

After the war, in 1948, when the communist authorities were observing the activities of the YMCA in Poland, its members wrote to Paul Super: “although the vicissitudes of fate have parted us, we still remember you […]. We are sure that you would be able to work with us in the same way in better or worse conditions – according to the one idea that guides us all – service to the people.”

Let the Polish people have the opportunity to rush to those environments where Paul Super speaks about Poland. They will see and hear a man of great understanding and great heart, who teaches them how to look at Poland, how to value it and how to love it.