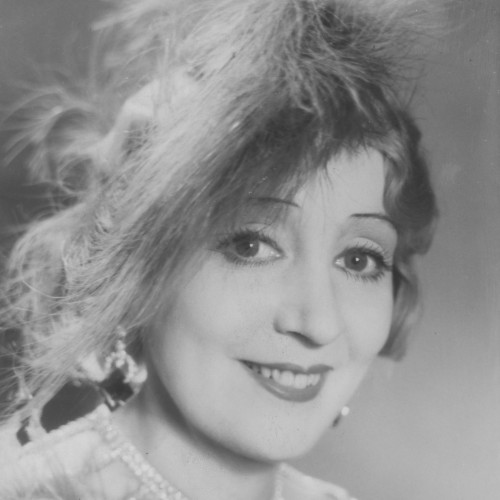 Warsaw audiences adored her. For Elna Gistedt from Sweden, Poland became a second home when she married industrialist Witold Kiltynowicz in 1922. She performed in the capital’s operettas for years, prompting a joke in Sweden that the Deluge had failed to capture Jasna Góra, but Elna had conquered Warsaw.

Everything ended with the outbreak of war. In 1939, German bombs destroyed her husband’s factory and shops, and the Kiltynowicz family lost their livelihood. Nevertheless, Elna did not use the opportunity to return to Sweden, and instead opened a café called “U Elny Gistedt” on Nowy Świat Street in February 1940. Well-known artists, such as Jan Kreczmar and Lucyna Messal, gave charity concerts there. Other theater and stage personalities, including Jews, worked at Elna’s establishment as waiters or cloakroom attendants, which protected them from deportation for forced labour. The café gained the trust of the Polish underground, and meetings were attended by Kazimierz Moczarski and emissaries from Sweden, among others.

Over time, Elna became more and more involved in her new role. She per-sonally went to the Gestapo in order to retrieve her colleagues from prisons and concentration camps. Disguised as a Jewish woman, she would enter the ghetto to hand over food and letters. In the winter of 1943, she donated warm clothes to displaced persons from village of Sobieszów in the Zamość region, and organized treatment and care for the sick and orphaned children there. “Witty Elna, warm and caring / cultured, active, and daring” is how her friend Zofia Lindorfówna described her actions during the occupation.

A bomb was dropped on the café during the Warsaw Uprising. After its collapse, Elna and her husband ended up in a transit camp in Pruszków. Witold died shortly after escaping from the camp, and Elna left for Sweden in December 1944, where she publicized German crimes in the press. Shortly after the war, she returned to Poland as a representative of Swedish aid organizations, but the communist authorities expelled her from the country in 1949. Back in Sweden, she became involved in helping Polish emigrants.

“A Swede by birth but a Pole by the warmth of her heart,” wrote her wartime friend, Antoni Sodólski, after Elna’s death.

Elna Gistedt felt she was Polish, but at the same time was aware that she was a foreigner. Not only did she not leave Warsaw almost until the last moment of the struggle with the occupying forces, but she actively joined in all the dramatic action of the wartime period.