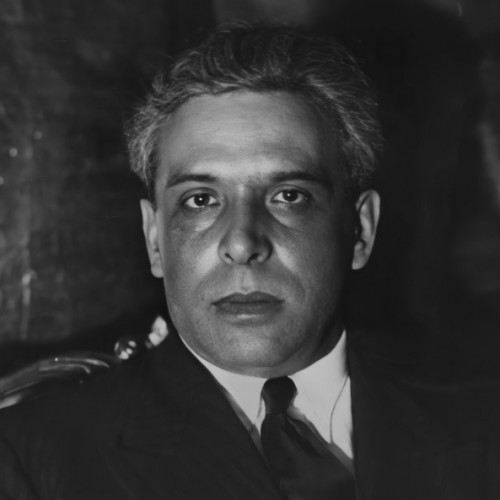 In the 1930s, César de Sousa Mendes was at the height of his diplomatic career. He worked at missions in Africa, Europe, America and Asia. He was Portugal’s Minister of Foreign Affairs for a year. In September 1933, he was appointed the Portuguese envoy in Warsaw, where he remained until the outbreak of the Second World War.

After the German invasion of Poland, Poles were helped in the building of the Portuguese legation under his leadership. The basement of the building was made available as a shelter from Luftwaffe air raids. “From the very beginning, the bombardment was extremely aggressive; many private buildings were hit and burned, […] every day there were many victims among the civilian population,” was the diplomat’s account of the German bombardment of Warsaw to the authorities in Lisbon. César de Sousa Mendes also shared the food allocated for diplomatic missions with Poles, which was a great help in a city under siege and cut off from supply lines.

When he left Warsaw at the end of September, he helped a Polish teacher, Cecylia Dolata, to evacuate to Latvia. She was soon employed at the Por-tuguese legation in Riga, where, despite prohibition, Sousa Mendes had her issued with a Portuguese passport. After the Soviet Union occupied Latvia, the document allowed her to travel safely to Lisbon, where she lived to see the end of the war. The diplomat made efforts at the Portuguese Ministry of Foreign Affairs to pay allowances to the families of the Polish staff of the Warsaw legation and to support them in their difficult situation.

In addition, he supported his twin brother, Aristides de Sousa Mendes, following his action to issue visas en masse to refugees in Bordeaux in 1940, as a result of which he was temporarily removed from service. After the war, he headed posts in Mexico and Switzerland. He died in 1955, one year after his brother.

Only by chance did I learn today that His Excellency did not go to Portugal, but to Warsaw. Owing to all that I have heard, I am sorry to ask for something else. As I am shivering with cold in the evening and at night, I ask you to do me a favor and deliver a small package of brown leather. As soon as it arrives here, I shall pay back the money, and cover the cost of the ticket which His Excellency has paid for. With great respect and immense gratitude, Cécile Dolata.