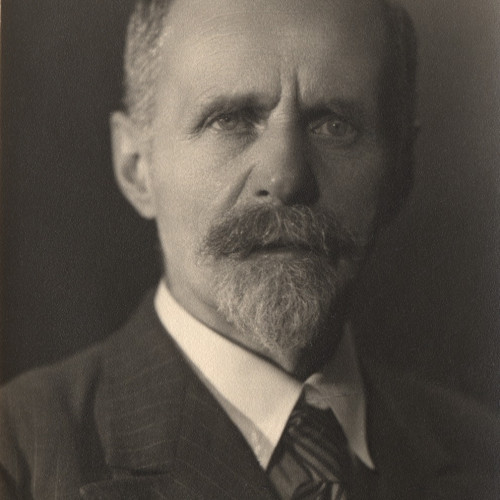 After the Warsaw Uprising, among the crowds expelled from the burning city were the family of a Polish-Jewish historian, Ludwik Widerszal. Konopczyński offered shelter in Młynik until the end of the war.

Before the Second World War, Władysław Konopczyński lectured at the Jagiellonian University. A prominent historian specializing in the modern period, author of Polski Słownik Biograficzny [Polish Biographical Dictionary], and MP of the Polish Parliament (I term), he was arrested on 6 November 1939 during the Intelligenzaktion — a German operation aimed at killing the Polish intelligentsia. He was imprisoned in Kraków, then Wrocław, and finally KL Sachsenhausen until February 1940. Released from the camp, he engaged in clandestine teaching. His family’s difficult financial situation in occupied Kraków caused him to spend much of his time on the estate in Młynik near Ojców.


Following the defeat of the Warsaw Uprising on 2 October 1944, the civilians were driven out to the transit camp in Pruszków. Among the crowds expelled from the burning city were Konopczyński’s relatives — the family of a Polish-Jewish historian, Ludwik Widerszal, who was murdered in June 1944. Konopczyński offered shelter to Widerszal’s mother Eugenia, wife Elżbieta, daughters — Agnieszka (6 years old) and Maria (several months old), and Elżbieta’s mother, Kalina Lutostańska — sister-in-law of Konopczyński’s wife. They remained in Młynik until the end of the war.

In 1948, the communist authorities removed Konopczyński from the Jagiellonian University and a year later forced him to resign as the chief editor of Polski Słownik Biograficzny.