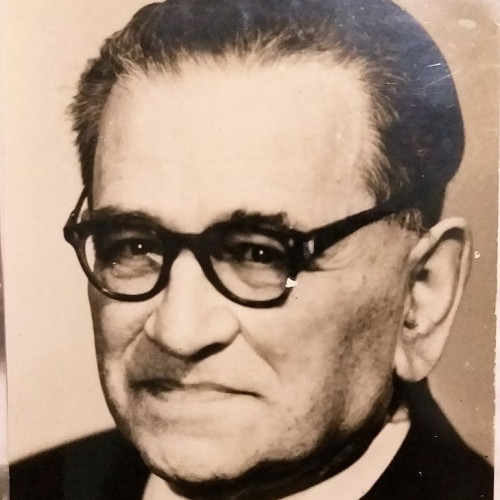 It began with penning short articles and tidying the editorial office of the “Rosário” monthly, where he had been working since 1909. By the late 1930s, Pedro Correia Marques headed “A Voz,” the most widely read daily newspaper in Portugal. As a recognized journalist, he visited many European countries, including Poland.

Marques’ newspaper reported on the brutality of the Germans in Poland from the very first days of the Second World War, writing about round-ups, mass shootings, persecution of the clergy, and the tragic fate of Polish children. As a neutral state, Portugal strove to maintain reasonable relations with the Third Reich, and Marques struggled with censorship and the hos-tility of journalists and the authorities as he recorded the truth on what was happening in Poland. At the same time, the editor was supported by the Polish legation in Lisbon, which provided him with reliable material on the situation in occupied Poland.

After the beginning of the Warsaw Uprising, “A Voz” published almost daily reports from the fighting city. Shortly after the capitulation of the insurgents in October 1944, Marques published a multi-page brochure entitled Varsóvia! Um caso de consciência internacional (Warsaw! A case of international conscience) in which he reported on German atrocities, Soviet cynicism and Allied passivity. He distributed the brochure to the most important people in Portugal, including Prime Minister António Salazar. Pressure from German diplomats led to a partial confiscation of the brochure.

In September 1944, Pedro Marques Correia wrote in a letter to Polish Foreign Minister Stanisław Kot: “I defend justice and the law of Nations, and I defend Poland in particular, for its rights and due justice are being violated with impunity in comparison with other oppressed nations in Europe and around the world […]. I would like to quote a Latin maxim: amicus Plato, magis amica veritas [Plato is my friend, but truth is a better friend].”

After the war, Marques continued to work on Poland’s behalf by publiciz-ing its unfair treatment; he condemned the Yalta Conference and Poland’s inclusion in the Soviet sphere of influence.

Greatly esteemed sir, and my dear friend,
After reading your articles concerning the political future of Europe, I would like to express in this letter my sincere gratitude for your stance on the indisputable right to independence and equality of nations. You have done a great service by aiding your readers better to understand our cause, as well as to learn such a tragic and heroic effort in Warsaw.