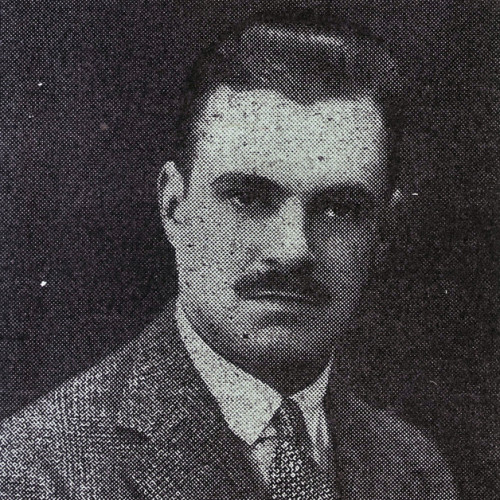 Rokicki was responsible for one of the Ładoś Group’s most important tasks. In the years 1941—1944 he alone hand-wrote several thousand Paraguayan passports.

Konstanty Rokicki played an active role in the fight for independence as a participant in the Polish-Soviet war. His diplomatic career started at the beginning of the 1930s in the consulates in Minsk, Riga and Cairo, which led to him becoming vice-consul in Bern, a position he held from 1939 until the end of the Second World War.


During this time, Rokicki was responsible for one of the Ładoś Group’s most important tasks. In the years 1941—1944 he alone hand-wrote several thousand Paraguayan passports which were then smuggled into occupied Poland, giving Jews a chance to avoid the Holocaust. Following the war, he refused to continue serving in an embassy subject to communist authority. He remained in Switzerland for the rest of his life and died, forgotten, in 1958.

It was only several years ago that Rokicki’s efforts were noticed and
recognized. His burial place was found in 2018 and a second, official funeral
was held in Lucerne in the presence of Polish president Andrzej Duda.
In April 2019, the Israeli institute Yad Vashem named him Righteous Among
the Nations as the only member of the Ładoś Group.