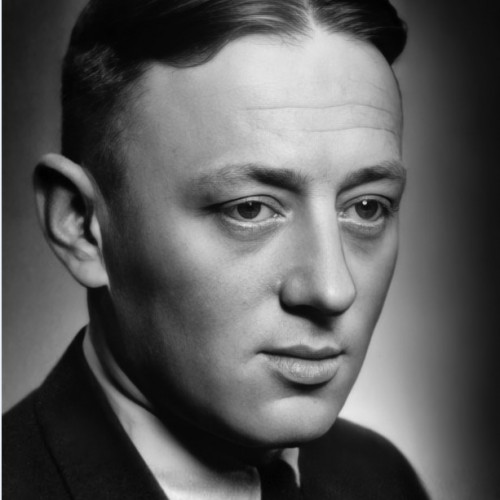 Ján Klinovský showed interest in Poland already as a teenager. He was from Orava, the region located at the border between Slovak and Polish cultures. He visited his northern neighbors on many occasions and he was fluent in their language. When the Second Republic of Poland was occupied by the Germans, Klinovský decided to help the Poles.

In 1939, he held a prestigious position as the director of a Slovak com-pany – the country’s main exporter of grain. Even though he belonged to the establishment of the Slovak Republic, which was reliant on the Third Reich, Klinovský refused to collaborate with the Germans.

At the beginning of the war, he used his status to arrange the release of the Poles who had been arrested in Slovakia. He quickly made contact with the underground resistance developing in Poland and Central Europe. During his business trips to Switzerland, he transported the post from the Government Delega-tion for Poland in Warsaw to the Polish Legation in Bern, from where envoy Aleksander Ładoś sent it via diplomatic channels to London.

Klinovský also received the correspondence of the local cell of the Polish underground in Budapest and transported it to Bratislava. His actions drew the attention of the Germans, who considered putting him under surveillance due to his suspicious meetings during delegations abroad.

Despite the ever-present risk of being denounced, Klinovský continued to act as a courier, co-organized transports of Polish citizens through Slovakia to Hungary, supplied the Polish underground with money from his company, and helped Poles obtain Slovakian documents. In March 1944, after Germany took over Hungary, Klinovský took part in the evacuation of the members of the Home Army from Budapest. Among the people who reached Bratislava thanks to this operation was Wacław Felczak, who later became a historian.

Klinovský’s cooperation with the Poles was interrupted by the national uprising in Slovakia. He joined the anti-German rebellion and made his way to the territory controlled by the insurgents. He was tragically murdered by bandits posing as partisans on 17 September 1944 in Hájniky.

His associate Pavol Čarnogurský recalled Klinovský’s commitment to the Polish cause: “we remained unwaveringly on the position that we had determined at the beginning of the war: the freedom of Slovaks and Poles was a historically identical concept. We were fighting for our freedom and yours!”

Ján Klinovský provided Poles with funds, courier service from Budapest to Switzerland, and opportunity for the resistance members in Poland and abroad to cross and communicate through the territory of Slovakia.