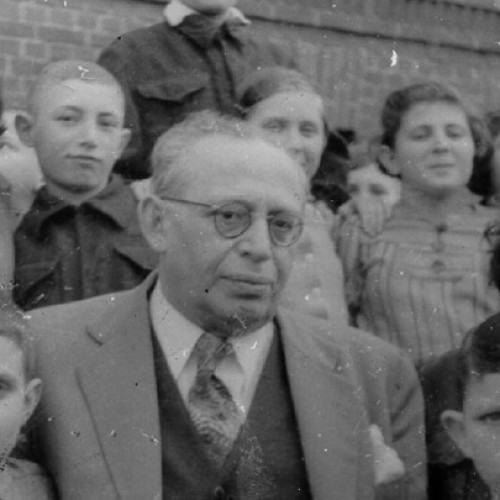 He was a member of the Ładoś Group, which issued illegal Latin American passports to European Jews. His role in the group was to provide lists and photographs of people who were to receive the passports.

Polish Zionist activist, lawyer, and politician. After Poland regained independence, he was the chairman of the Zionist Organization in Eastern Małopolska and a leading member of the Hitahdut party. Between 1922—1927 he was a member of the Polish parliament as part of the Bloc of National Minorities. He belonged to the Jewish Circle in parliament and was a member of its presidium until 1925. He started work in the top cadre of the World Jewish Congress in 1936 and went to Switzerland in August 1939.

In September 1939 he founded the Relief Committee for the Warstricken Jewish Population (RELICO) in Geneva. He was a member of the Ładoś Group, which issued illegal Latin American passports to European Jews. His role in the group was to provide lists and photographs of people who were to receive the passports, to acquire funds to finance the operation and to cooperate with the Latin American diplomats. The Swiss police arrested him for a short time in 1943 as a result. He remained in Switzerland after the war and engaged in helping Holocaust survivors. He died in Geneva in 1951.