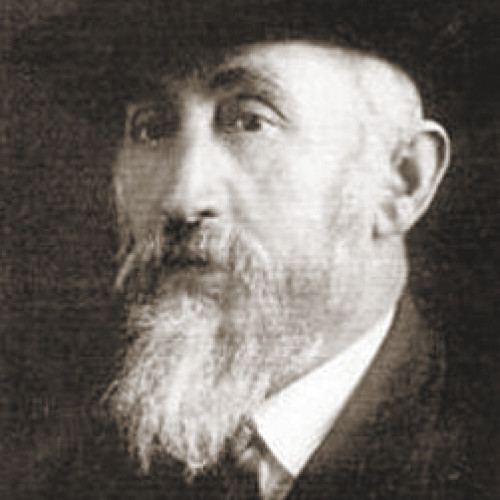 Cooperating with the Polish diplomats in Bern, he created a network to smuggle passports into the ghettos of occupied Poland.

Born in Ustrzyki into an Orthodox Jewish family, Eiss went to study in Switzerland in 1900, but a lack of funds meant that he opened a shop and started trade one year later. He helped refugees during the First World War. He was an active element in the Jewish community and was one of the founders and leaders of the international political group Agudat Israel.

He used the contacts he had gained in Europe over the years to rescue Jews from nations under German occupation. Cooperating with the Polish diplomats in Bern, he created a network to smuggle passports into the ghettos of occupied Poland. He co-financed the Ładoś Group’s operations, acquired lists of the names of Jews for whom the documents were intended and obtained the photographs necessary for the passports to be issued. He died of a heart attack in Zurich in October 1943, leaving behind a priceless archive documenting the group’s work, including filled-out documents and correspondence between the Polish diplomats and Jewish organizations. The so-called “Eiss Archive” was procured by the Polish government in 2018 and has enriched the collections of the Auschwitz-Birkenau Museum.