Chronicles of Terror 2. Warsaw. German crimes in the Wola district in August 1944

The volume comprises a selection of accounts given by eyewitnesses to crimes perpetrated by the Germans on the civilian population of the Wola district in the first days of the Warsaw Uprising. According to various estimates, the number of people murdered at the time ranged from 25,000 to as many as 60,000, among whom were thousands of women, children and the elderly. The book contains the testimonies of both those who “survived their own death”, being wounded in mass executions, and of the helpless witnesses, who could only observe the murders of others – in many instances those of their own family members. The contents are supplemented with depositions given by witnesses who saw how the Germans tried to obliterate the traces of the crime. 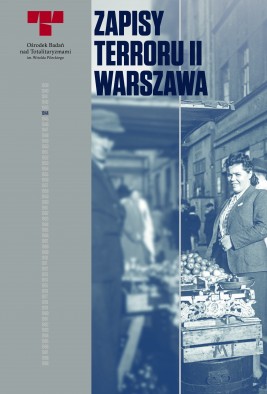 CONCEPT OF THE SERIES: