Totalitarianism. Proceedings of a Conference Held at the American Academy of Arts and Sciences, March 1953

In March 1953, the world was in the midst of the Cold War, while the conflict between Communist forces and the armies of the UN continued to rage in Korea. It was then that a few dozen scholars gathered in Boston in order to attempt an analysis of the phenomenon of totalitarianism, which was perceived as a pressing threat to mankind. It may be considered symbolic that the conference was opened the day after the death of Joseph Stalin. The present volume is the first Polish edition of the materials generated during the conference.

The book was published in Polish. 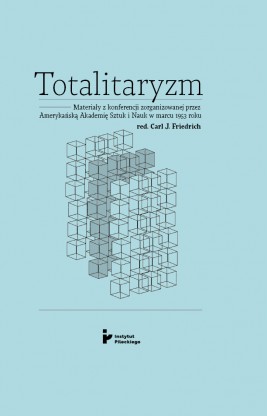 Totalitarianism. Proceedings of a Conference Held at the American Academy of Arts and Sciences, March 1953