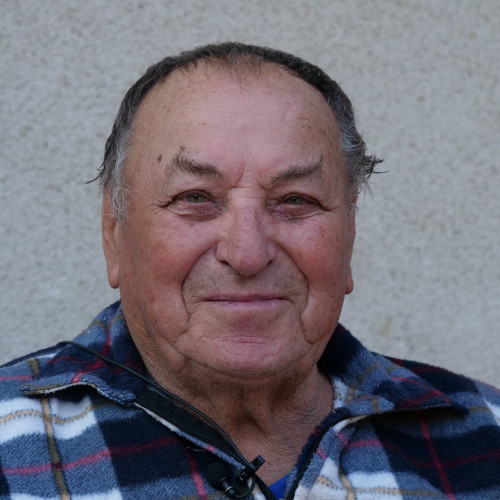 When local Soviet functionaries told him to remove the cross from the grave of soldiers of the Polish Army, he refused. However Petro was punished for his resistance, each year he attends the commemoration of the battle known as the Polish Thermopylae.

Petro Hrudzewycz conscientiously discharged his duties. As a truck driver in a kolkhoz in the village of Dytiatyn in the Ivano-Frankivsk Oblast in the west of Ukraine, he transported inhabitants of the area to work in the fields.

However, in 1986 the local Soviet functionaries called Petro and told him, “The cross has to be taken away. Either to the forest or to the river.” The cross was standing on the grave of some 100 soldiers of the Polish Army who had fallen in Dytiatyn on 16 September 1920, fighting the Bolsheviks to the end in a battle known as the Polish Thermopylae.

Hrudzevych replied to the apparatchiks: “I won’t take the Polish cross away. Neither to the river nor to the forest.” The residents of Dytiatyn remembered about the fallen Poles, and each year the local children would place flowers on their grave. “I wasn’t afraid. I attend the orthodox church, I’m a believer,” Petro later recalled.

The authorities had criminal prisoners remove the cross to the premises of Dytiatyn’s orthodox church. Petro was punished for his resistance with harder work in the kolkhoz. For a few years, day in day out, he went from village to village loading the truck with 100-liter milk cans. But it didn’t last long. “He came home in such a state that we had to pull him out of the truck. Something cracked in his spine. He spent three days in bed, and my sister and I had to turn him over, because he was unable to get up. It was since then that his health began to fail. It got only worse…” – recalled Petro’s wife Olha Hrudzevych.

A massive spinal cord injury led to permanent disability. Despite his poor health, each year Petro Hrudzevych attends the commemoration of the battle of Dytiatyn. The rescued cross is now standing in the square in front of the local orthodox church.

Today Mr. Petro Hrudzevych’s sacrifice […] is a telling example of commitment to truth and historical memory regardless of the consequences. Such an attitude is a paragon of how to establish good relations between the Polish and Ukrainian nations.