Raphael Lemkin (1900–1959) – a graduate of the Faculty of Law of the John Casimir University in Lwów, deputy prosecutor and attorney based in Warsaw. The author of the concept of genocide, he prepared a draft of the Convention on the Prevention and Punishment of the Crime of Genocide, which was adopted by the United Nations on 9 December 1948. Totally Unofficial is not only an autobiography, but also a fascinating account of the birth of the Genocide Convention, which Lemkin considered as his life’s work.

The book was published in Polish. 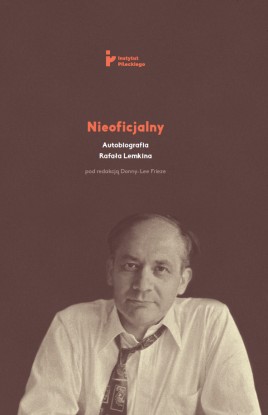