My wartime experiences is a selection of 59 out of about a thousand children’s compositions written in 1946 on the subject of personal experiences from the Second World War. Pupils from various parts of the country recorded their shocking experiences from the period of the German-Soviet invasion and occupation of Poland. They described the tragic fate of their families, battles seen from a hiding place, pacifications of the population, bombardments, searches, arrests, detention in the camps, as well as participation in clandestine classes and attempts at leading a normal life amidst brutal violence. On the 80th anniversary of the outbreak of the Second World War, these moving stories help us understand the fate of the defenseless and the weakest in the face of two totalitarianisms – the Nazi and the Communist. 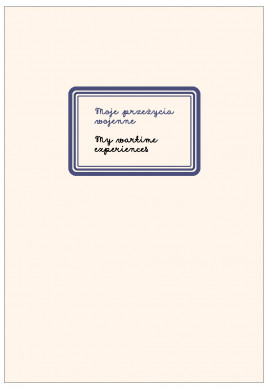 Go to the bookstore
AUTHOR: